sometimes when we mess up, or something happens to us, we find it hard, impossible even, to stop ourselves from carrying that with us throughout the rest of our days. we know we’re doing it, and yet we can’t stop it.

sometimes that load is too much. sometimes we need help. and too often we don’t ask for it. whether we’re embarrassed because it shows weakness, or we are too stubborn and will not be told what to do or we don’t believe we need help … whatever the reason, sometimes we try and try and still fail. and dammit, it’s avoidable. and yet, we all do it. you. me. all of us. we all are guilty of carrying something that should’ve been put down a damn long time ago.

what are you carrying?

did you get fired and can’t get over the anger? did you burn a bridge you wish you could cross again? did you leave someone because you were angry in the moment and you wish they would take you back? maybe you’re the black sheep of the family. maybe you fucked up raising your kid. maybe your parents fucked up raising you. sometimes our load is huge. maybe we were abused. maybe we were neglected. maybe we were ridiculed and teased until we couldn’t take anymore. maybe we didn’t take that one opportunity we wish we had. maybe we screwed up in school and never achieved what we know we could have with a little more work. maybe a loved one died and we can’t get over the pain. maybe someone we know is sick and we feel powerless. maybe we are sick and we feel powerless.

everyone is carrying something. every single one of us.

what makes us stronger, healthier even, is to admit it. each and every one of us, when needed, should look at the person or people we love most and say, “I NEED HELP.” and guess what? you’d be amazed at the people in your life who will show up. THEY WILL SHOW UP. I promise you this. every single one of these people is a gift. and dammit, they WANT TO HELP. there’s nothing wrong with that. we live to build relationships. and when these relationships are the real deal … this is when you know a person will be there. they will be right there next to you and they won’t leave until they know you’re good. that you’re safe. healthy. smiling. that you’re gonna be OK.

put down your load. it’s ridiculous that we’re all dragging this shit around with us.

ask for forgiveness. forgive yourself. forget the bullshit and don’t look back.

I had a therapist once tell me a long time ago that we need to not only forgive, but also forget and we need to not look back once we do, because if we look back, we’re just going to keep tripping over the now. and the future. we will keep falling if we don’t look ahead.

I’m learning this now more than ever. I carry shit around for myself, my family, those I love most in this world. I find it almost like a job … I would carry someone’s shit for them to the ends of the earth. EVEN THOUGH I KNOW IT’S KILLING ME. I would. I do. And I’m learning how to let (some of it) go.

don’t get me wrong. there are some loads worth carrying, of course. we just need to figure out which ones aren’t worth schlepping around anymore.

but I will tell you this with most certainty: if you are the one who needs help, and your load is too heavy, I will carry you and your damn load anywhere you need to go to help ease your pain. and then I’ll allow you to do the same for me. because that’s what we do in this life. we step up and make shit happen for the people we love the most. sometimes even for people we don’t know.

we all screw up. we all sometimes have to apologize and look like the asshole. we all sometimes wish we could take something back that was just absolutely stunningly stupid. and once we do, we need to set that shit down.

I know it’s hard. it’s damn near impossible. but it’s going to make a difference.

be strong. ask for help. put the load down, stop carrying it around, not knowing what the hell to do with it. sit down and rest. we all deserve it once in a while.

I’ve asked for help a lot lately. I’ve been sick. I’ve had family and kid stresses that have too many times taken me to my knees. I feel a lot better just letting people know that this shit is too much.

and so many of you were there and still are. thank you.

so … what are you carrying? and who are you going to ask for help?

love to you all. 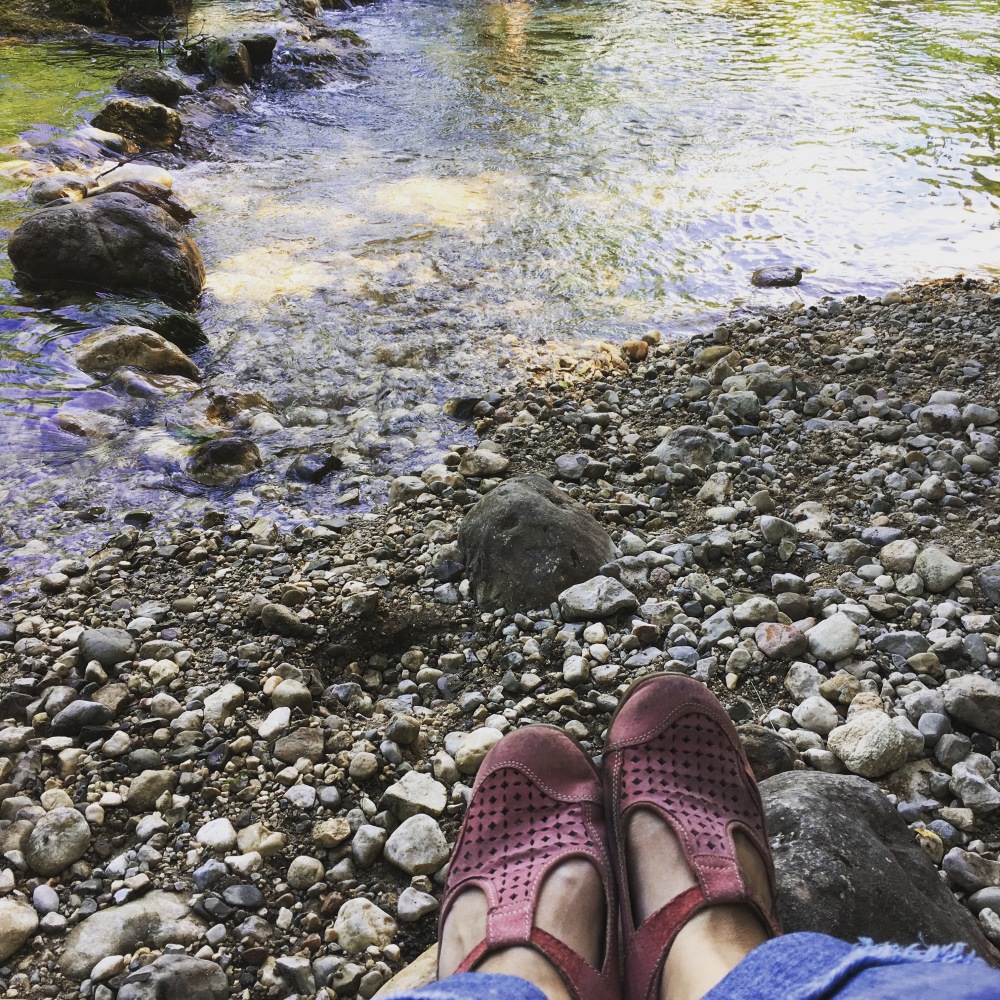 Taking a load off in one of my favorite places in the world.
Bad Aussee, Austria. 2017